To build on the work carried out throughout the campaign within the Clyde Valley, we held a second targeted Week of Action, 14-20 September. The key aims were to continue to raise awareness of the source to sea pathway of marine litter, encourage others to spread campaign messaging and ultimately inspire action through participating in Clean Up events.

Over 3000 people engaged with our pledge to take action - from joining a litter pick, doing a #2minutecleanup, carrying out a litter survey or raising awareness and spreading the campaign messages. Our intensive social media presence over the week, including the run up to the event reached just under 116,000 people on twitter with over 600 people actively using the Upstream Battle hashtag to spread awareness even further.

And to top of the success of the week, Sally Clough from Belville Community Garden, an anchor group, was awarded Clean Up Scotland 'Hero of the Month' in recognition of her efforts and dedication to support the campaign.

We also ran a competition to see who could find the weirdest item over the week and this was awarded to one of our anchor groups, Friends of the River Calder for finding a selection of cassette tapes.

Check out the images captured from the week, including the weirdest find below. 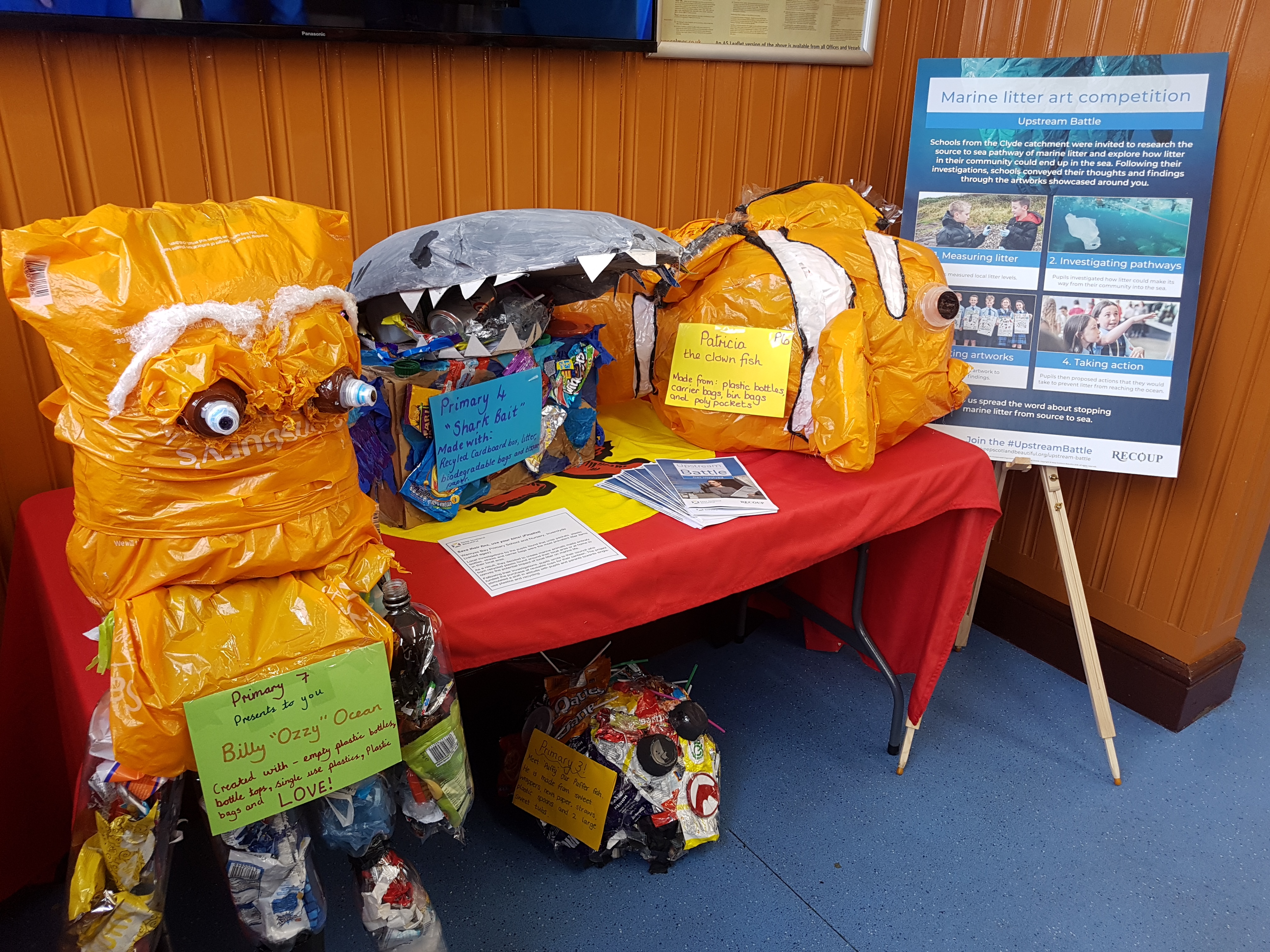 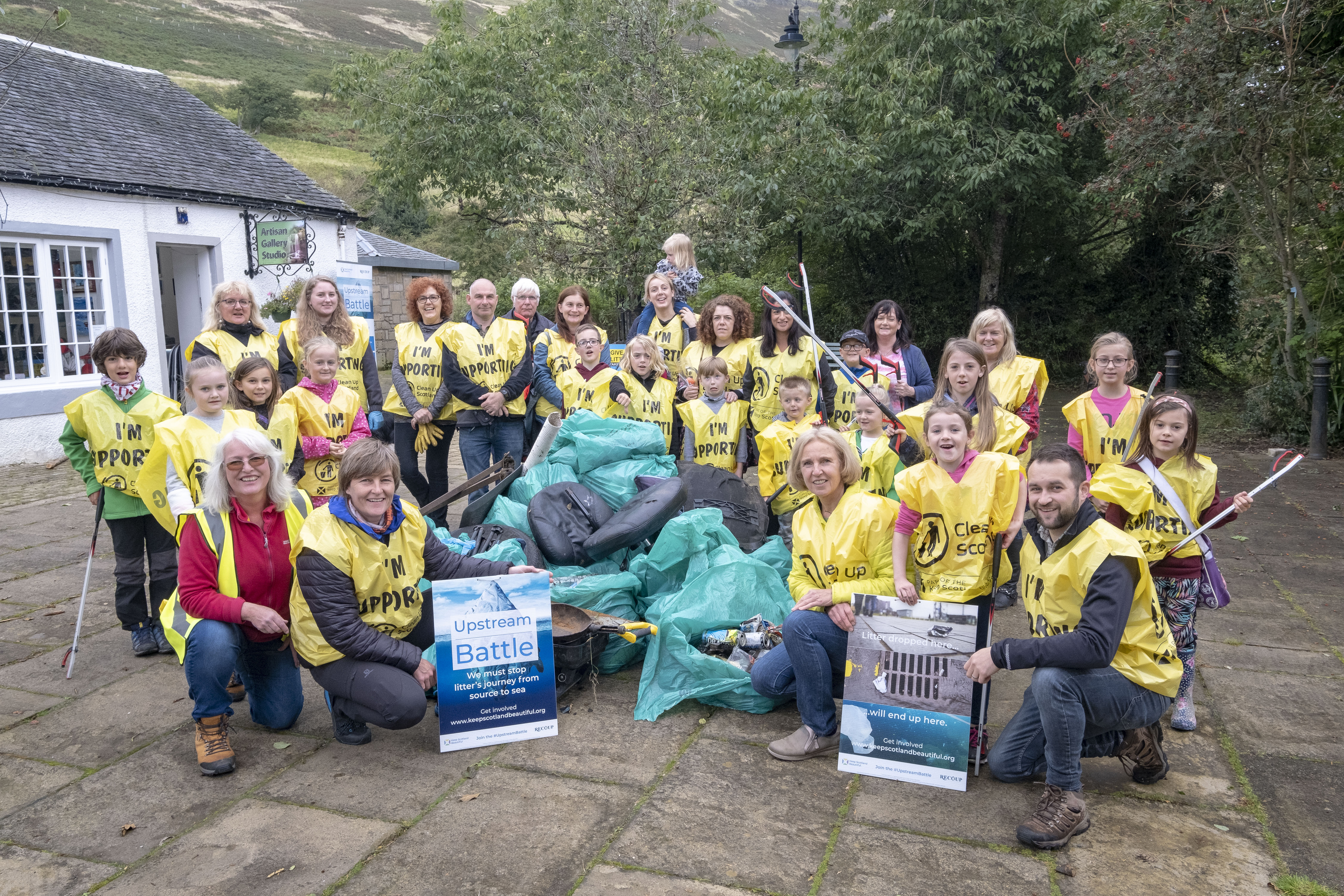 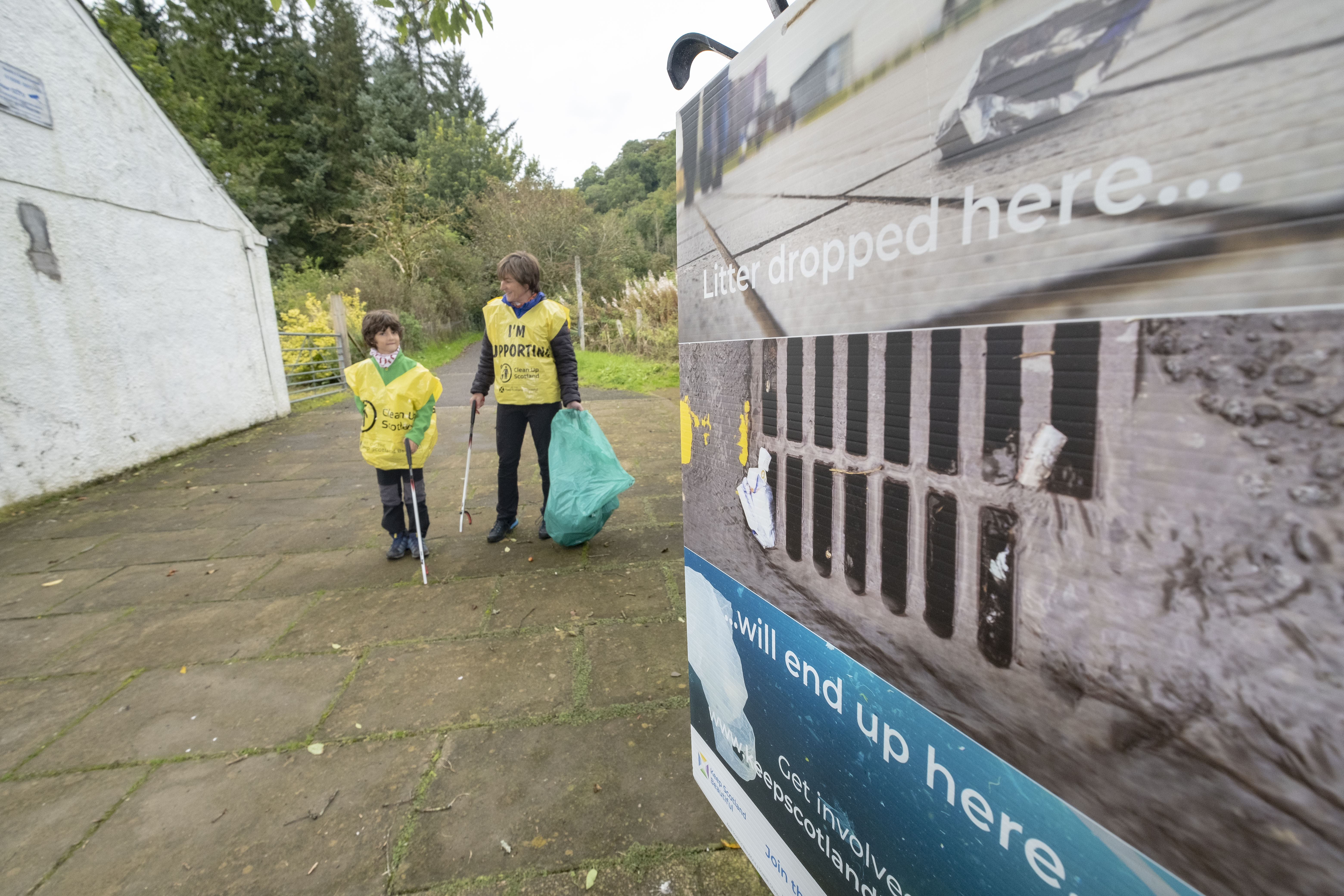 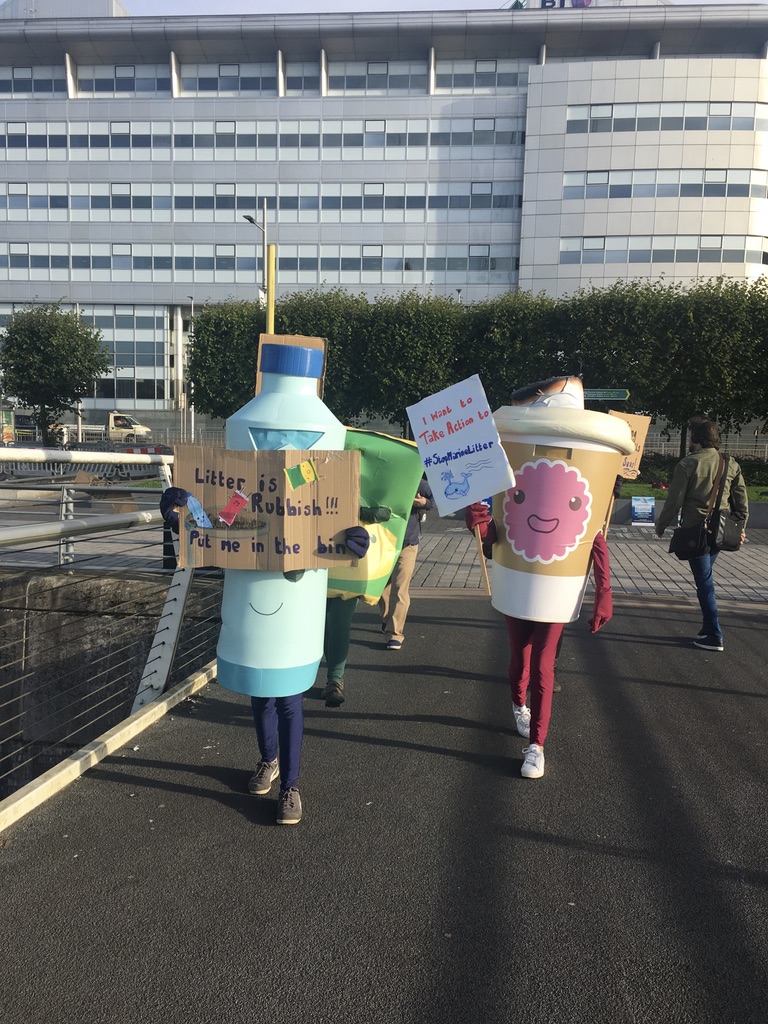 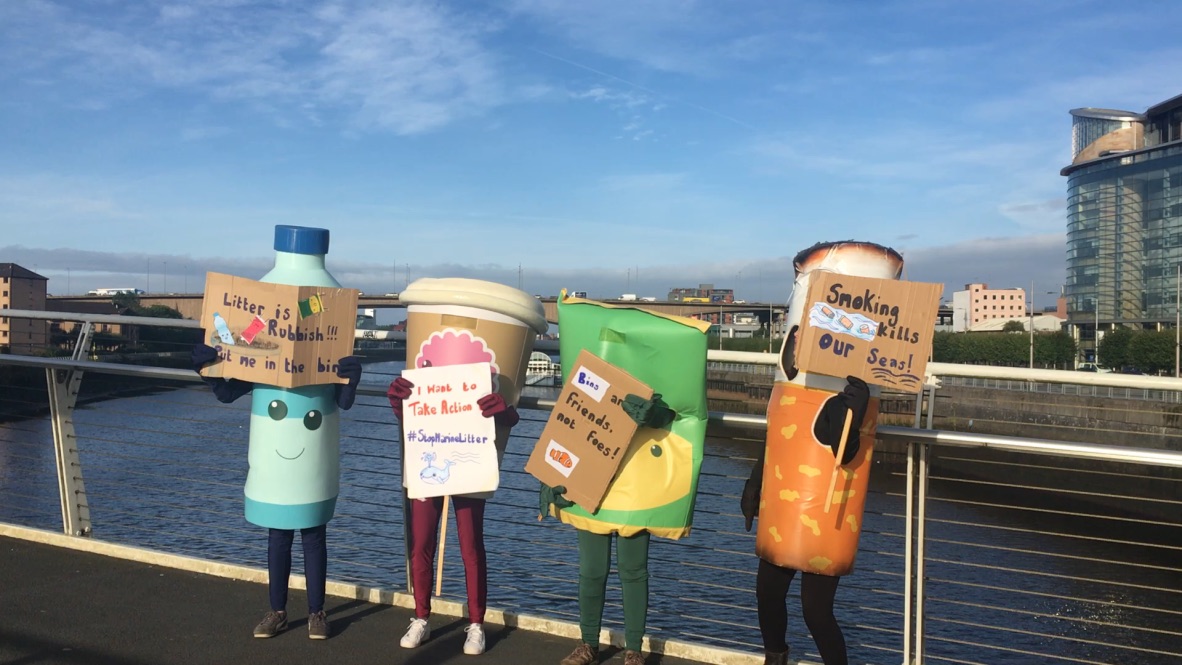 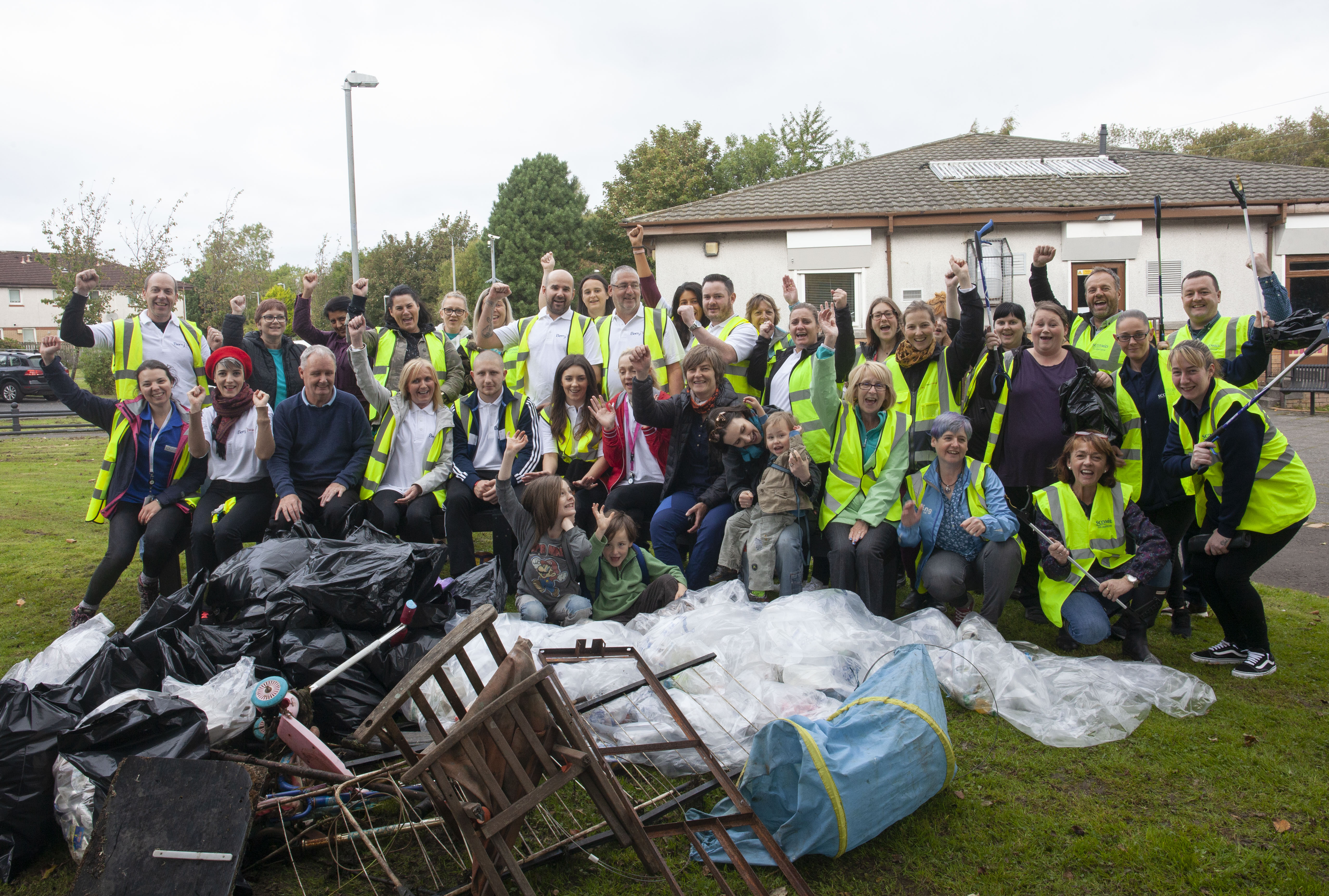 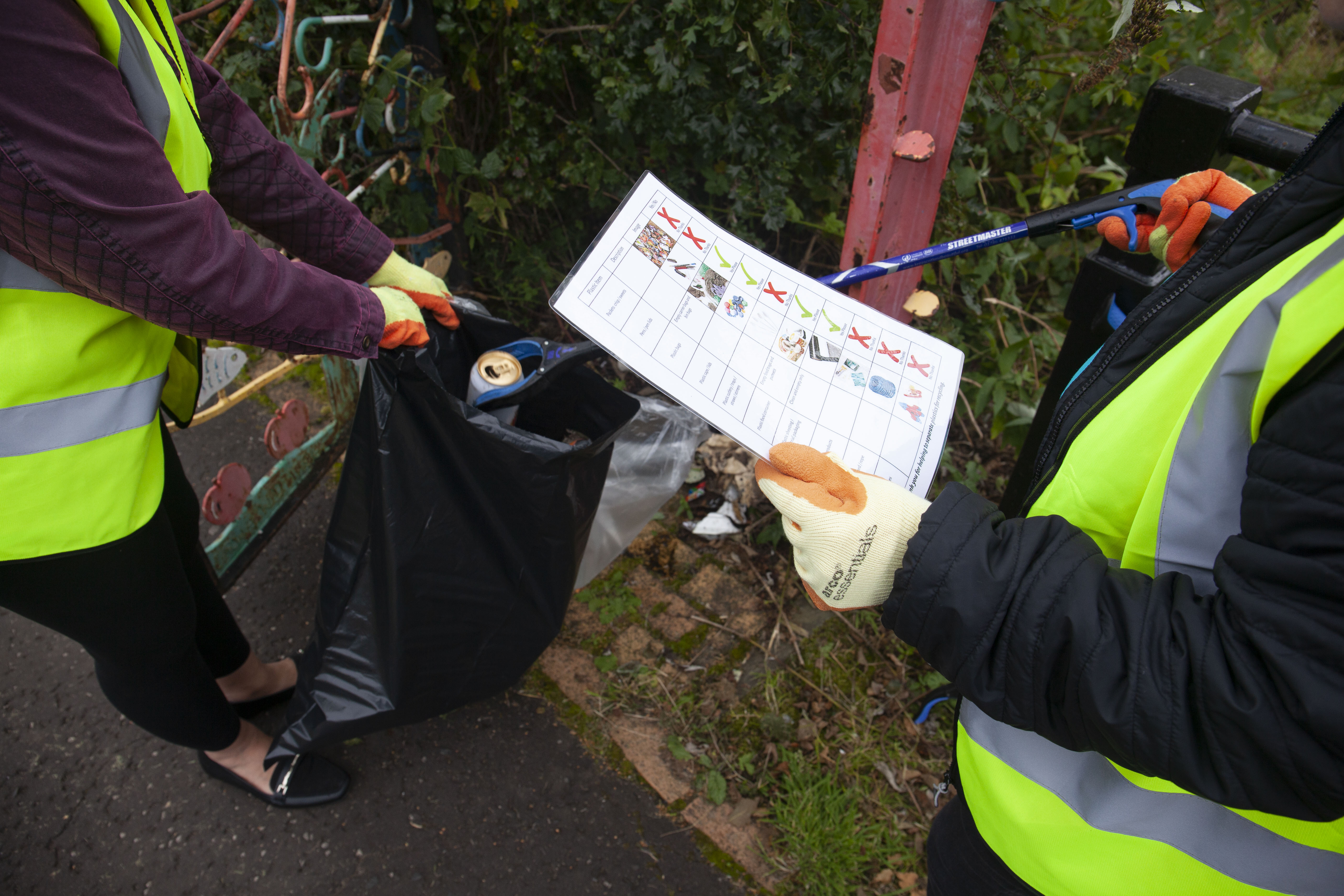 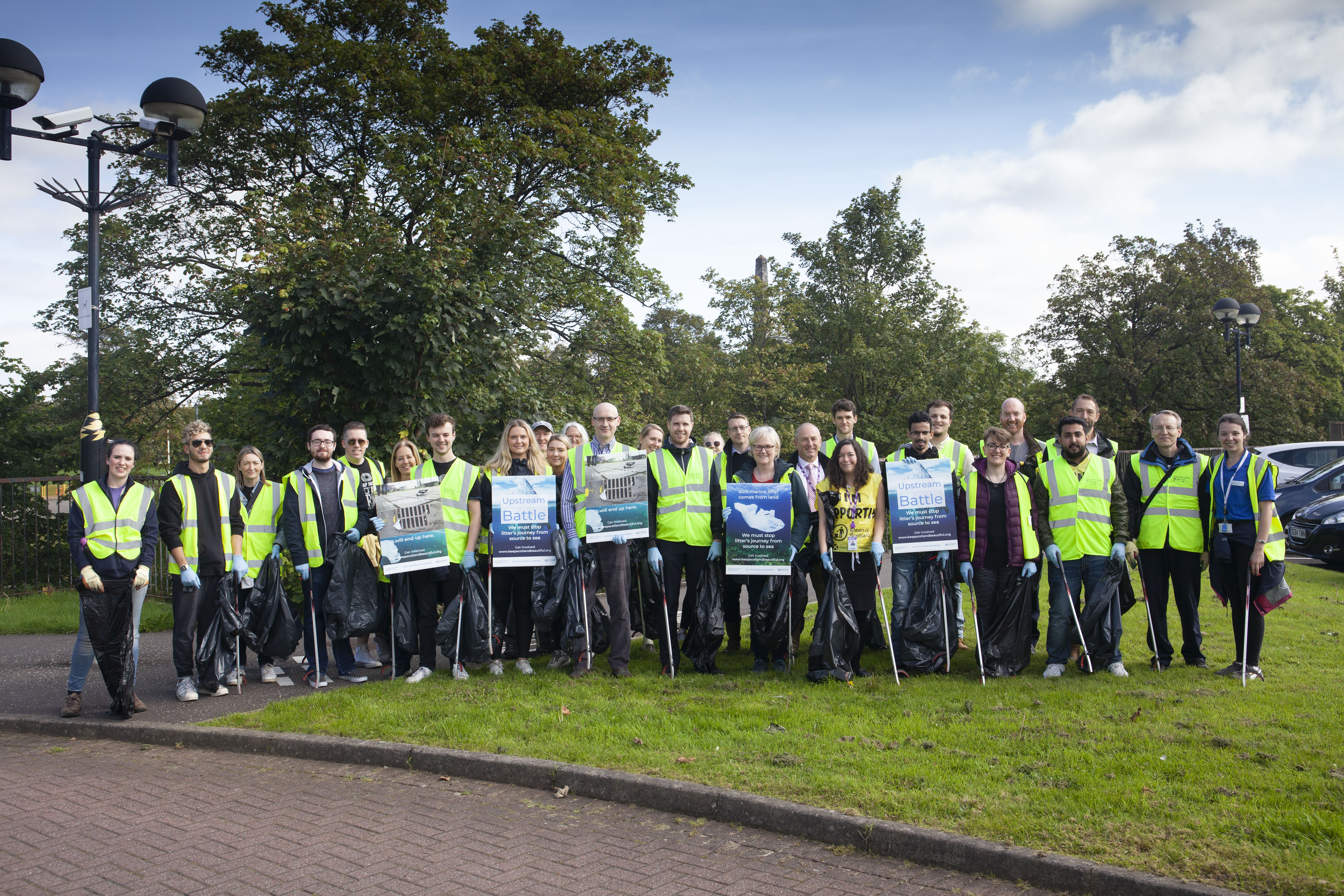 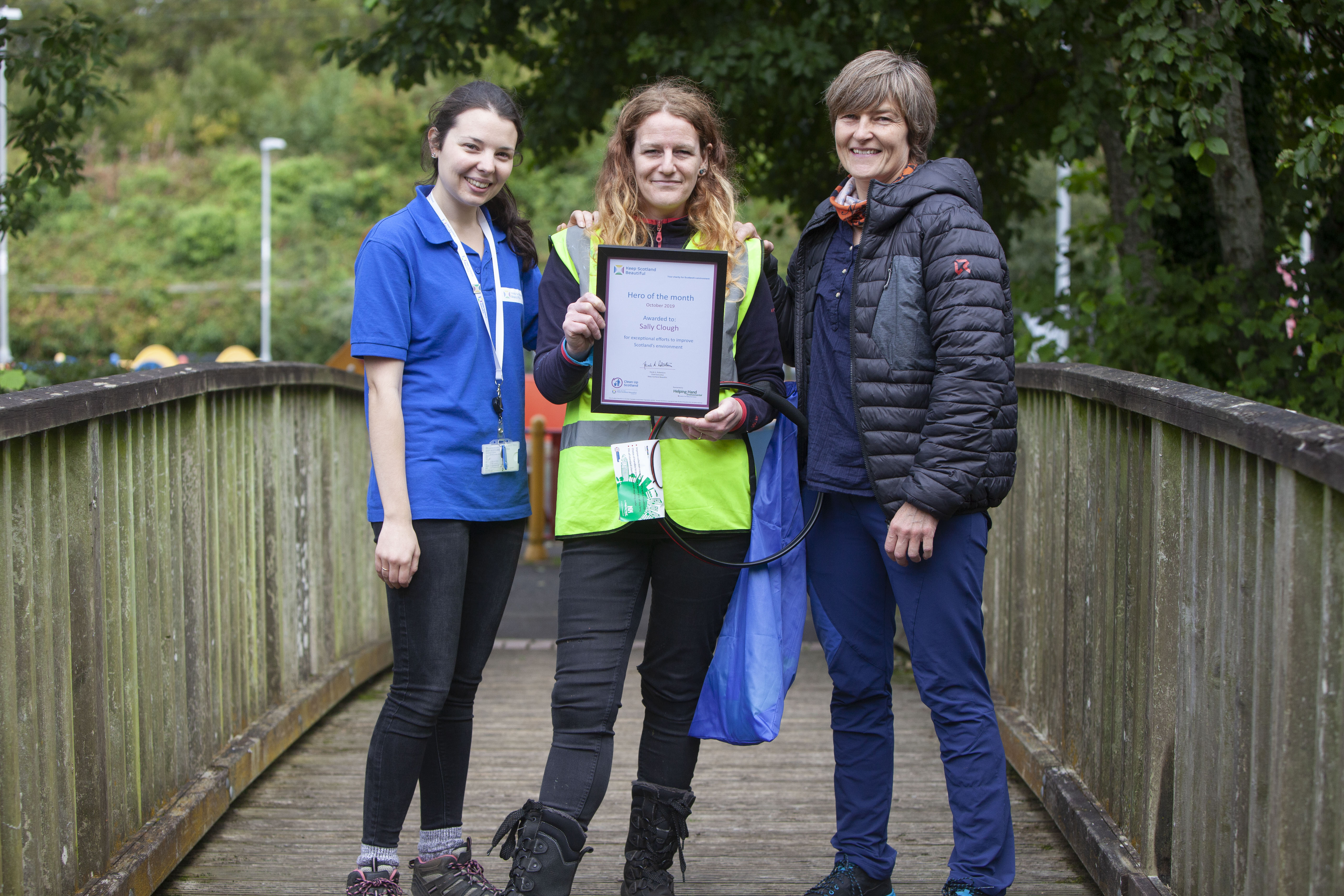 Hero of the Month 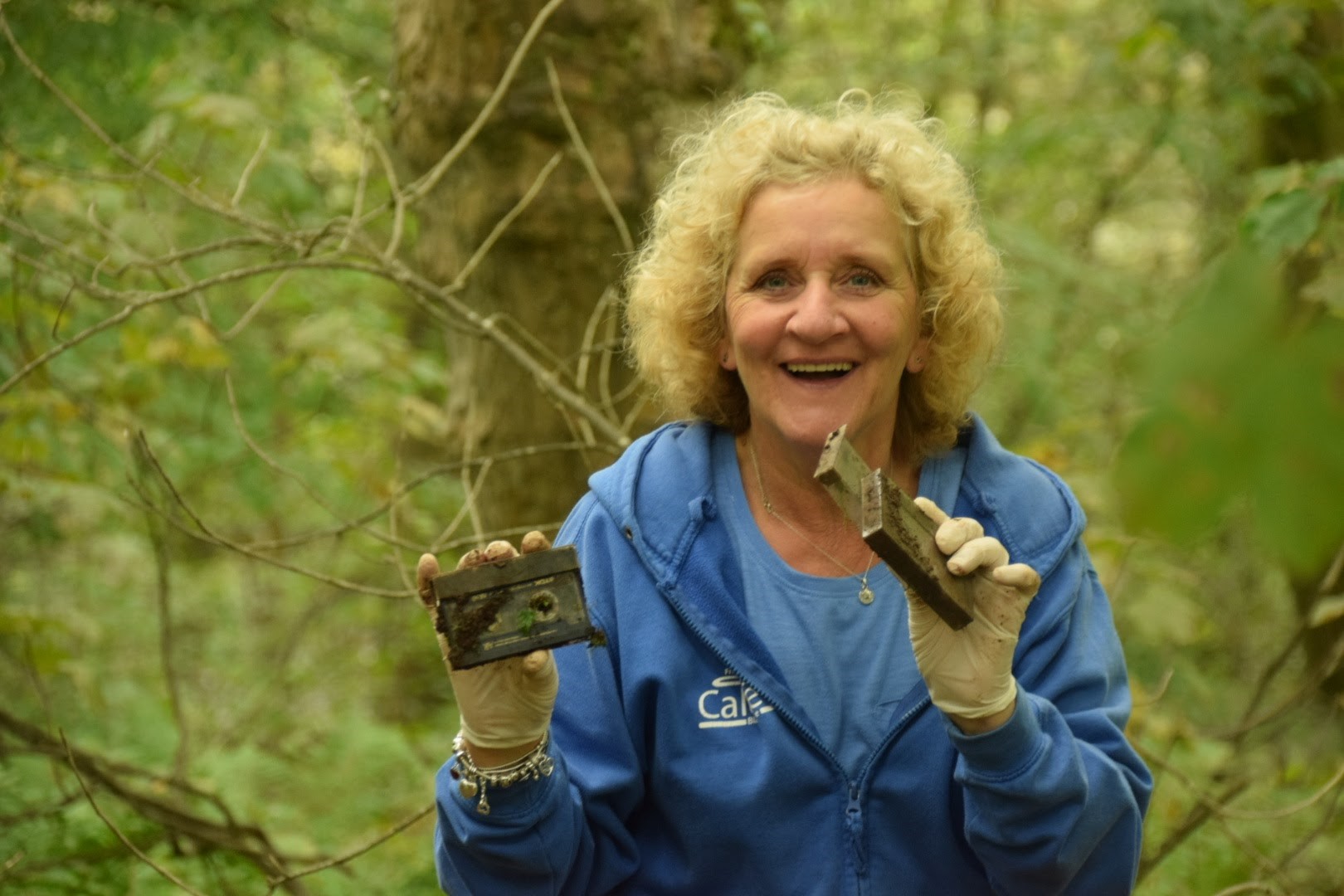 As part of Week of Action Calmac hosted Ozzy, Patricia and Shark Bait in their waiting area where they were greeted by passengers traveling from Wemyss Bay.

The week kicked off at Campsie Glen with a litter pick organised by East Dunbartonshire Council. 50 people came along to take action and stopped 30 bags of litter from entering the waterway.

Upstream Battle ambassador Elaine Hopley took action throughout the week. She also influenced others to take action through discussing her experience of marine litter whilst completing her record-breaking row across the Atlantic.

Whilst litter picking in Greenock participants were asked to segragate some of the litter they were finding. As long as the litter had not been too contaminated, items such as cans and plastic bottles were going to be taken by Berry BPI to recycle into plaswood benches.

Sally, from Belville Community Garden received Clean Up Scotland 'Hero of the Month' for her efforts and dedication in supporting the Upstream Battle campaign, particularly during the Week of Action.

During the Week of Action, we challenged everyone living along the Clyde to take part in a competition to find, record and remove the weirdest rubbish that had been discarded by the River. The winning entry, a throw-back to the 1980’s, came from Friends of the River Calder. Margaret Lindner found discarded cassette tapes alongside the river. The group will be presented with a prize of a recycled plastic bench donated by campaign partners and funders Recoup and Berry BPI.

Thank you to everyone who took action to #StopMarineLitter!

Get the latest Upstream Battle developments delivered to your inbox – from information about the launch, to ongoing news and opportunities to get involved.