The annual Gathering will bring together more than 200 delegates from across Scotland representing Climate Challenge Fund (CCF) Grant Recipients, local community-led organisations, national organisations, NGO's and the Scottish Government. We are delighted to organise the Gathering as part of our management of the CCF on behalf of the Scottish Government.

The 2020 CCF Gathering will take place on 26 November as an interactive online event. We've provided a live webcast of the Gathering for several years, but this is the first time the entire event will be delivered virtually. We're hosting the event on a platform called Hopin and have produced an FAQ's guide here.

Having time to network, come together and share experience is particularly important in a year that has presented major challenges to communities across Scotland with COVID-19. We’ve seen communities rise to these challenges, including inspiring actions being taken by projects supported by the CCF, which have helped to tackle COVID and climate change.

Over the past year there's also been passionate debate about the climate emergency, justice and race. And we've heard lots about the benefits of a green recovery and the best ways to communicate the climate emergency. With COP26 scheduled to take place in Glasgow next year, the eyes of the world will be on climate action in Scotland, and the UK as never before.

The event will also feature:

Tickets to the Gathering are free and open to CCF Grant Recipients and representatives of other organisations with an interest in community-led action on climate change. Booking is now closed.

On the evening of the Gathering, we'll also be running a separately ticketed online film evening and discussion. We'll explore how community film nights can get people thinking about climate change, then watch and discuss a challenging film. Booking is now closed.

Find out more about the Gathering and film evening

Running order for the day 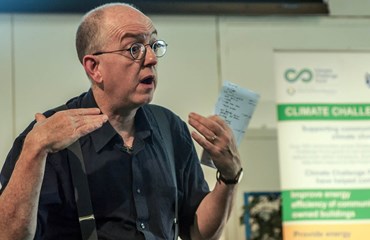 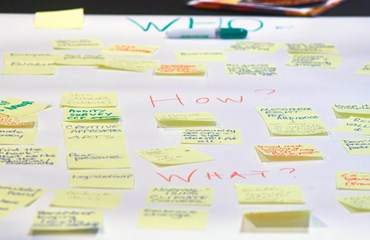 Learn more about our seven workshops 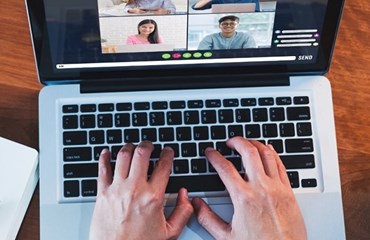 Take part in one of our 20 tabletalks 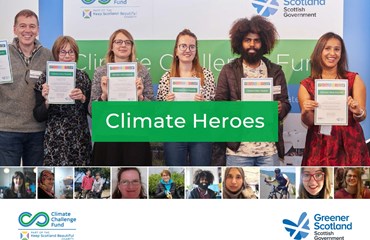 More about our Climate Heroes 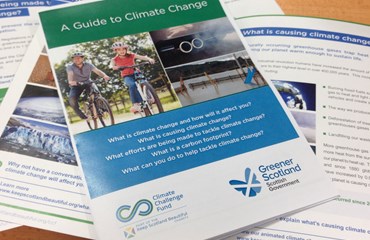 Evening film and discussion
Join us as we explore how community film nights can get people thinking about climate change, then watch and discuss a challenging film.
Find out more

Get Climate Challenge Fund news delivered straight to your inbox