Dandelion, the major creative programme that has reached across Scotland encouraging people to ‘sow, grow and share’ food, music and ideas has drawn to a conclusion.

With more than 589,000 people taking part in one of its activities during the six-month programme it’s legacy will live on through 12 unexpected gardens on previously unused or underused land creating growing and event spaces.

As part of the overall programme, which included two free music festivals, almost 500 free for all events, the distribution of more than 80,000 free edible plant plugs and seeds, and the famous Cubes of Perpetual Light, we delivered the Dandelion Schools Growing Initiative.

Our team enabled 468 schools and 89,101 pupils across Scotland to take part in a 6-month STEM project that culminated with Harvest events in playgrounds across the country. The schools programme explored community and cultural connections to the land and to the food we grow, and pupils planted their own crop, which included sowing 258,000 potatoes in 2,000 tonnes of specially made growing mix.

The programme saw pupils learn about both traditional and cutting-edge methods of growing with 131 Dandelion growing cubes gifted to schools and education establishments, placing new technology into the hands of future custodians & innovators.

More than 3,000 pupils took part in a live digital music lesson where they learned Scots songs relating to Harvest from folklorist Steve Byrne, as well as learning a new Gaelic song written for Dandelion by musician Julie Fowlis and ethnologist Raghnaid Sandilands. 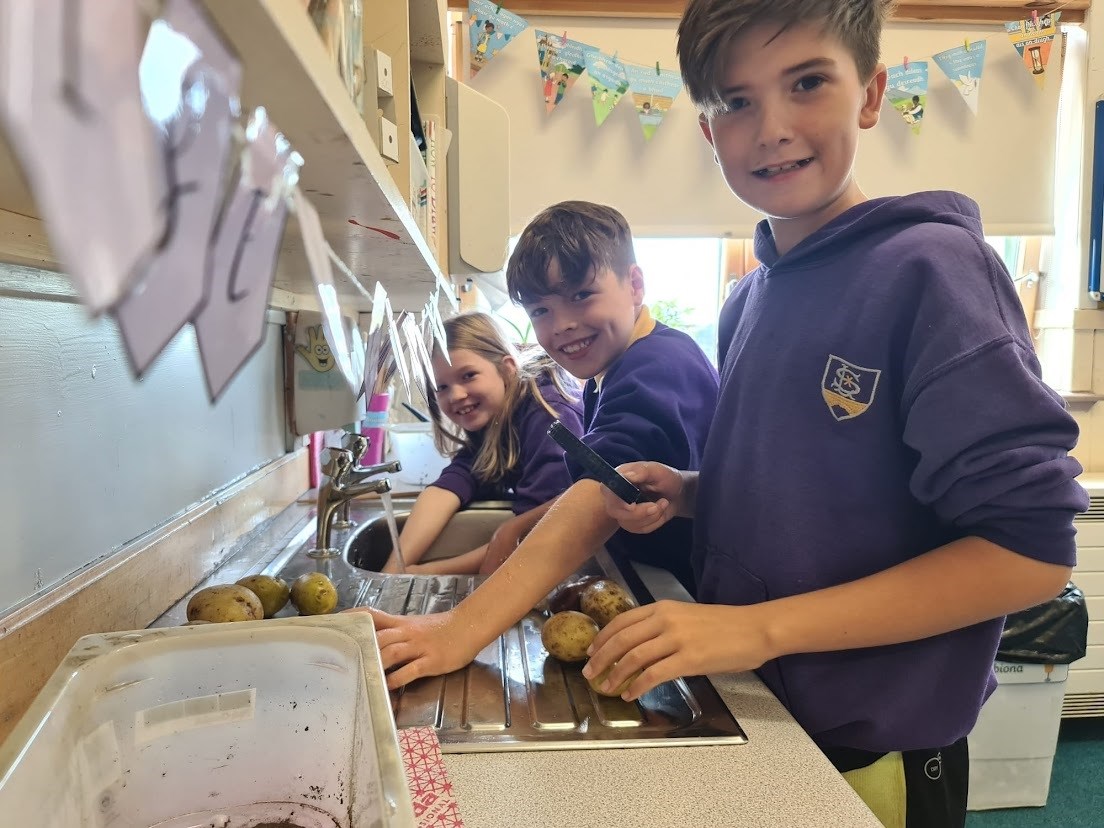 “I am enormously encouraged by the enthusiasm, energy and creativity generated in schools taking part in the Dandelion Schools’ Growing Project, in view of the considerable challenges of recent times.   Harvests of the project include stronger connections between schools and their wider community, between learning and the outdoors, between food and sustainability and, between people.  All this in addition to tasty tattie harvests.  We all learn best when we’re feeling relaxed, supported and fed.  Pupils at Hythehill Primary school in Moray summed it up with the message on their harvest event poster inspired by Disney’s ‘The Lion King’ that simply said, ‘hakuna matattie’”.

“We’re proud of what has been achieved in this first season of Dandelion, its reach and the connections made with people across Scotland. Dandelion has been an immense undertaking, involving 100s of people and partners. Our aim was to spread the funding as widely as possible, and we have been lifted by the generous public reaction and level of engagement. In difficult and uncertain times, the act of growing and sharing food, ideas, music and cultures has resonated with people across Scotland.”

“The Dandelion project was a great success in terms of bringing the community together.  Families and community friends were involved in harvesting the potatoes and cooking the recipes in school with the children.  Growing the potatoes and using them for our own consumption in school has encouraged us to look at developing our school garden further with the possibility of a potting shed or polytunnel for growing a wider range of vegetables.  The project has also enhanced our curriculum in terms of outdoor learning opportunities which the children have found very engaging”

Dandelion was commissioned by EventScotland and funded by the Scottish Government, Dandelion is Scotland’s contribution to UNBOXED: Creativity in the UK.