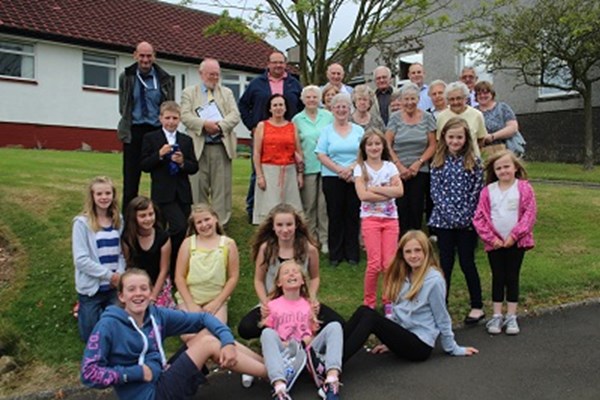 The project is community funded and led and tackles ecological and sustainable issues within its district to enhance the environment and improve the community, both for its people and its landscapes. The group works alongside local groups, local authorities, volunteers and various other groups in and around the Forth, creating a great sense of belonging and community. The 'Eco-Site', which is situated at Hailstone Green Park, has community organic growing beds and three poly-tunnels. The site generates its own power through solar panels and harvests its own rainwater. The group primarily uses the site for organic vegetable growing, flowers for the street displays, and to hold group workshops. It is also used by various community groups which include the Haven and the Primary school.

In 2019 the group won the 'David Welch Memorial Award for Something Special': One of the key strengths of the Flourishing Forth Group is the Eco site where community food growing is a primary function. Food is provided to food banks, veg boxes for older residents and there are 32 raised beds in productive use. A variety of fruits are produced in the orchard including peach, plum, nectarine and pear. Several local charitable groups use the site and the group’s polytunnel provides barrels and hanging baskets for the village displays. There is an emphasis on environmental responsibility: solar panels, compost bins and a large watering system have been installed. Work is undergoing to create a Forth Development Trust to build on the strong community support from residents of all ages and businesses. Marie McGurk, Agnes Gallacher and team are to be commended for their significant efforts to meet the criteria of the three pillars of Beautiful Scotland.