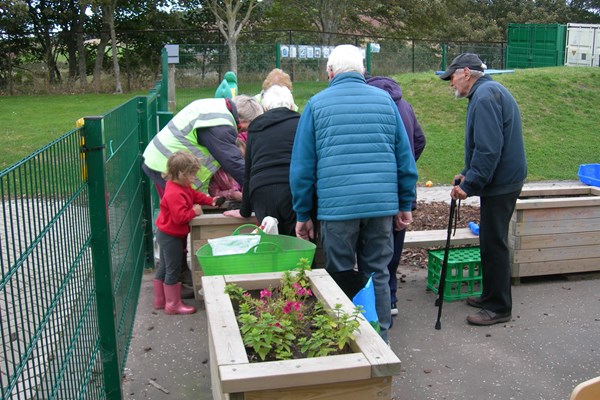 Brighter Bervie is a constituted, community volunteer group with a mission to brighten-up Inverbervie and its surroundings, mainly by establishing and maintaining garden sites and street planters in the ancient Royal Burgh for the benefit of residents and visitors. The group partners with other local groups, organisations and agencies involving people of all ages, to share the therapeutic benefits and enjoyment of gardening and caring for the natural environment.