The Scottish Government's Climate Challenge Fund (CCF) was launched in 2008 and over 1,150 projects across all 32 local authorities have been awarded CCF grants. Total CCF funding exceeds £111 million.

The CCF has supported community-led organisations in Scotland to tackle climate change by running projects that reduce local carbon emissions. Previously funded projects have helped communities to reduce their reliance on car travel, cut waste, grow local food and lower energy use in homes and community buildings. Case studies can be viewed here. The CCF is currently closed.

We were delighted to have managed and developed the CCF on behalf of the Scottish Government since the fund was launched in 2008. From 1 July 2021 the communities and groups who continued to be in receipt of a CCF grant received support directly from the Scottish Government. All emails regarding the CCF should be directed to ClimateChangeEngagement@gov.scot This website will continue as a read-only format hosting a variety of CCF resources and inspiration.

We are delighted be celebrating the impact of the CCF through this report and a film that share some of the wonderful stories of climate action and learning the fund has inspired, both at a community and individual level.

Inspiration and learning from community climate action across Scotland. 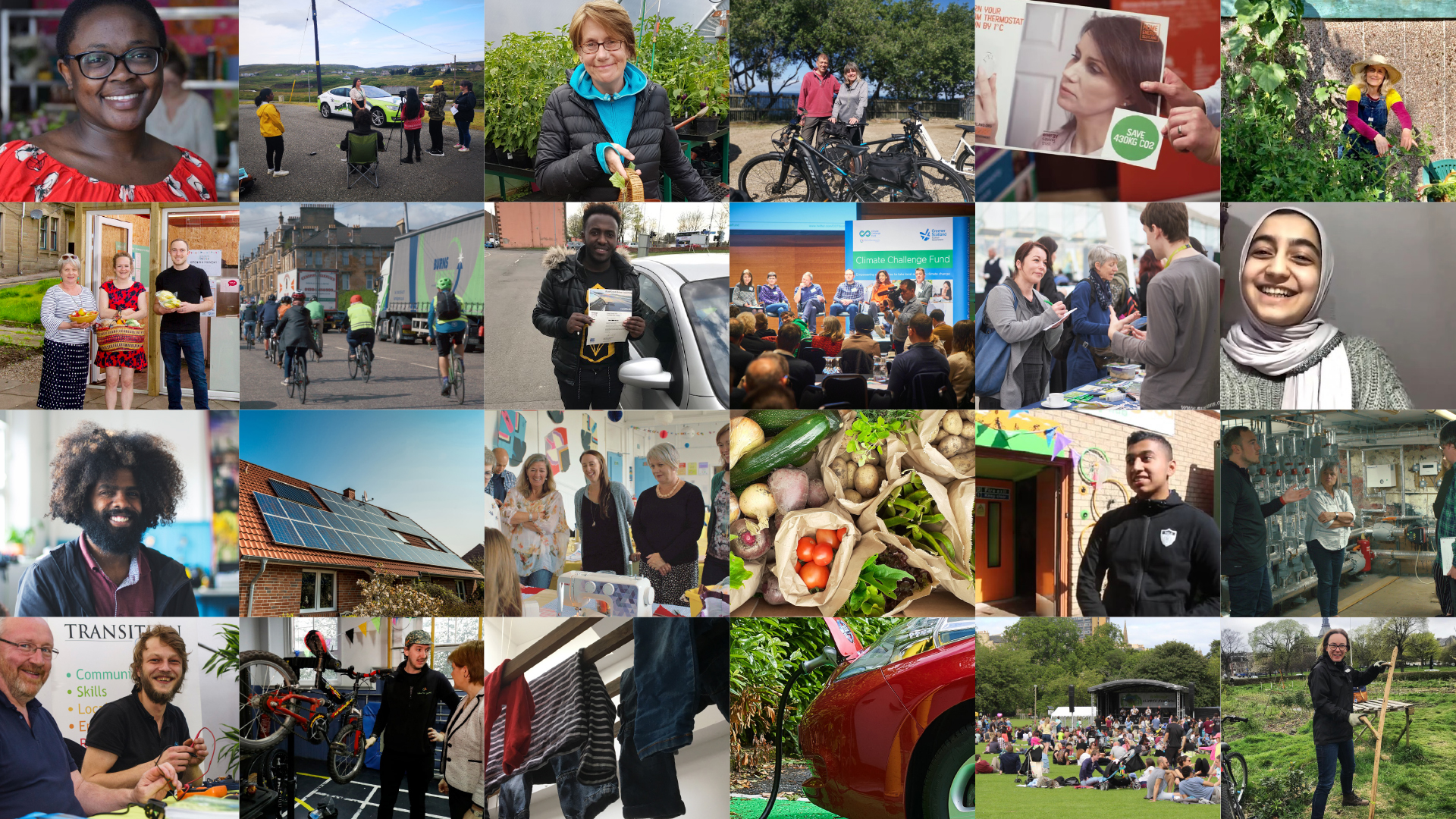 Get our Climate Change Newsletter delivered straight to your inbox